Greetings all,
A while ago I started reading the 1st Book in the Iron Druid Chronicles. I set it aside back then but recently picked it up and found it very enjoyable. While the Dresden Files still remain my favorite read in urban fantasy, this one is becoming a close second. I am in the middle of the third book now and looking forward to the next ones.
Padre

Email ThisBlogThis!Share to TwitterShare to FacebookShare to Pinterest
Labels: books 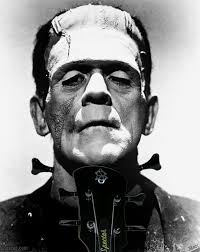 No it's not alcohol, but rather the attempt to incorporate too many things into a game. While "frankensteining"  may not be unique to those of Celtic heritage, I think there is a genetic predisposition to think that more some how equates with better. Variety is the spice of life, but too much can be overwhelming  I often think of my mother's kitchen. When hot-glue guns made their advent in the late 70's wall space disappeared in the kitchen.  Every blank space had something glued to it. Cool, but WTH!?!
As I look at my habits of GMing I tend to fall into that habit of adding more and more to the game. Any of my players can tell you that D & D 3.X provided me with an overabundance of professions, weapons and subskills for Dragonquest. I did a little raiding from the 2nd edition, but really only the psionics and a few professions were looted during that time. I wasn't  actively playing, so there was no urgency.
As I assemble the pieces of Blood Moon I am already looking at 25 playable races for the game, 10 for the "basic" edition. I have 20 different firearms in the works, and will try to thin it down to a dozen or so for the basic game.  New skills need to be added to the game such as prospector, tinkerer, mechanik, fleshweaver and some others. I find all of this exciting and think of the gaming experience, but I certainly don't see it as a OSR endeavor, but more like an D & D 3.X infection gone crazy.  Be that as it may, if anyone should want a copy of my handiwork, it is there for taking once I  it get completed.
Posted by Padre at 6:22 PM 1 comment:

Fun with names: Flavoring your campaign

As I kick around ideas for Blood Moon I am working on a list of various locations to include on the map or to make know to the players as they adventure. For now, here are some generic names of potential locations in the world.


Those are some preliminary ideas that I think will help color and flavor the setting.
Posted by Padre at 10:47 AM 1 comment:

It's a rather tedious endeavor, but I wanted to try and create a basic version of Blood Moon before rolling out the more complete version.  While many elements of the setting are complete, there are a number that need to be fine tuned. Here is a short list of various features for the setting:


There is a short list of some the ideas that have been percolating around in my head over the last couple of years. Bringing them to fruition will be the challenge.
Posted by Padre at 11:27 AM No comments:

Is it game time yet??

Greetings all,
Since beginning my new assignment game time has reached an all time low. However, it looks like my life is beginning to reach a manageable pace so the potential gaming bug is biting at me.  While I don't foresee gaming before the summertime, I do hope to take some time to line up things for a new campaign. My real hope is to do some serious work on my Blood Moon campaign idea and see if I can work it into a real setting. What I may end up doing is posting some of my handiwork here for feedback and any suggestions.
Padre 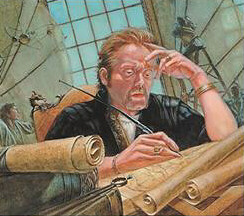