Stepping into The Strange

Greetings all,
Last week I ordered a game that is neither OSR inspired nor fantasy.A bit out of my comfort zone and preferred reading/playing, but I have been longing for a good sci-fi game for ages. I read a few reviews on The Strange and it looks interesting. A sci-fi setting that reminds me of a combination of Quantum Leap, Star Gate and Planescsape. It is a modern or near future setting with player acting as agents adventuring into different recursions (think alternate reality spawned by imagination) to accomplish the goals of a particular mission. Exploration, investigation and combat are all part of the game. Just getting into the book, looks promising and I have a a group of young Dr. Who aficionados who are all excited about the concept of the game.
Posted by Padre at 9:31 AM No comments: 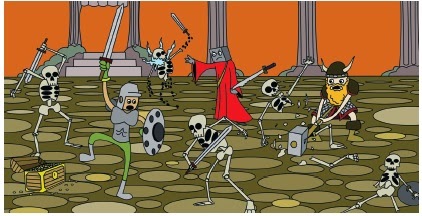 Far Away Lands pretty much captures what comes to mind when people think of D & D in this picture.  If I had to think of the things I most appreciate about gaming it would the following:

Reflections on Gaming: Of Books and Nature Boy 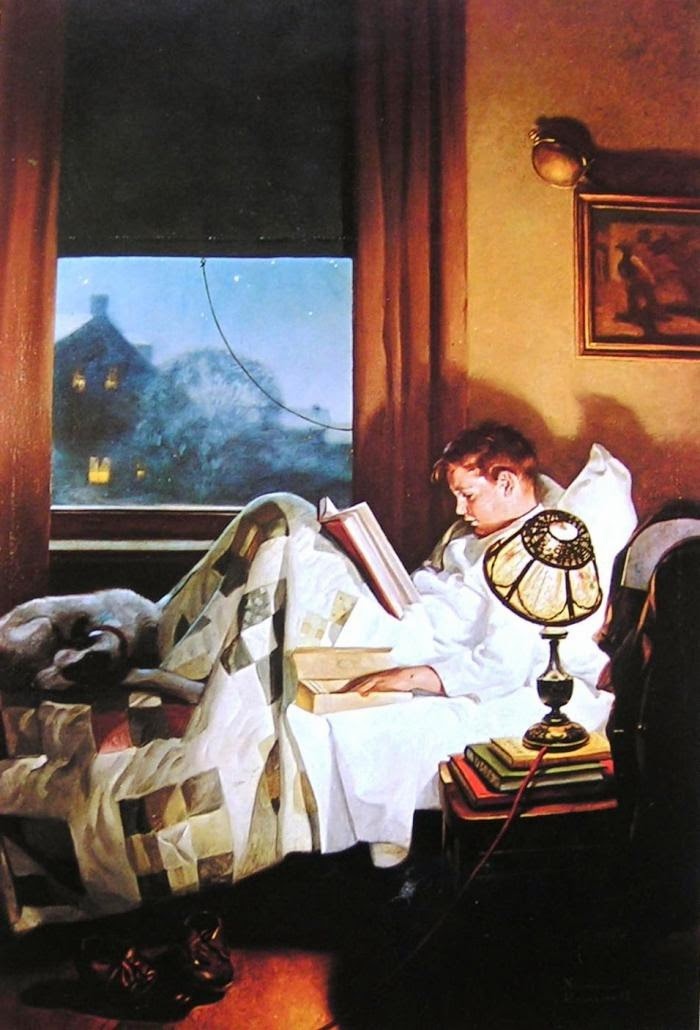 It's not often that I feel the desire to blog and write about things anymore. I still enjoy reading blogs, but the heavy and helpful lifting is often done better by others in the RPG communities I have joined. However,  a recent video by Raven Swiftbow and shared by Matt Jackson really struck a note with me. It was a profound sharing about the importance of D & D in the life of a person who struggled with depression. It was candid, vulnerable and hopeful. For a hobby that is often maligned or just not understood, his witness made me thankful that D & D was part of his life and part of mine. While my story is not nearly as dramatic, I thought I would share some of my thoughts and experiences with our hobby.

That kid in the Normal Rockwell picture was pretty much me during my early years. I had a immense joy of reading. Adventure books, mythology, dinosaurs, science fiction and fairy tales were all in the mix of books that I actively sought. There were some books I would check out multiple times from the library just to read them again. I don't think it was until 6th grade that I remember seeing the cartoon version of The Hobbit. The cartoon was fun but it'd didn't inspire me to read the book.

It wasn't until my freshmen year in high school that I read the Hobbit during a snow day. I think I read it in one day. It certainly hit me at the right time and stirred a hunger for more fantasy. I think I tried reading the LOTR at that time, but didn't finish it. It was in that year (1980) that I saw the college seminarians playing D & D and was captivated by the game. Sitting in on future sessions was one of the things I looked forward to when they played during the week. For whatever reason fantasy and D & D floated off my active interest until the following year.

At the beginning of Sophomore year one of the fellow boarders, Nature Boy, invited a few of us to play D & D. After two sessions of hearing about his awesome character "Bravo" and all the ideas he had lifted from Moorcock, Donaldson and other authors we pushed him for some action which lead to a TPK. Just a tad dickish, but at least we finally rolled some dice!  After that a few of us bailed on "Nature Boy" and his gallery of ripped-off characters from books. One can only handle so much narrative and so little action. Even with our lack of gaming experience, we knew that the TPK was not the way the game was always supposed to go. We also grew bored with Nature Boy's telling us how great Bravo was and how he was admired by every mythological being and higher power in the Deities and Demigods book by TSR.

Next time - Cheapass Dad and Dragonquest.
Posted by Padre at 10:22 PM No comments: