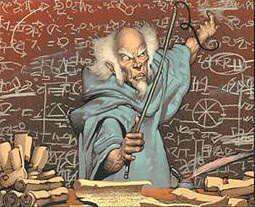 I am about ready to give the Blood Moon setting a run, assembling some players. If anyone would like a copy of the PDF I am assembling, let me know.
Posted by Padre at 7:42 AM 3 comments:

Greetings all,
For the less than .01% of Dragonquest players out there I have some thoughts and gaming ideas to share. Most of these are being incorporated into my test campaign of Blood Moon, but if viable will be used in the main game should I return to a traditional fantasy setting. Here are a few ideas that I am kicking around.

EXPERIENCE POINT SYSTEM
Typically in the game I been following a rule of experience based on kills, appropriate use of skills and completion of adventures. In Dragonquest the completion of adventures was the big boost in exp for character development.  The game only had two levels of advancement.  One started life as a mercenary, became an adventurer and finished up as a hero.  Not a bad system, been following it for 30+ years.  In order for one to advance from one level to the next it was necessary to complete ranks in various skills.  8 ranks 4 was needed to become an adventurer.  For most players this was an easy enough feat.  The real challenge was becoming a hero. 8 rank 8's was not an easy accomplishment. Mages had a distinct advantage in gaining ranks in spells which as a whole require less experience than skills and weapons.  I have also had occasional players over the years try to take a cheap route and learn things like languages or other skills that rarely contributed to character development.

My suggestion is to borrow from D & D a system of advancement based on accumulation of experience points.  Here is the rough draft so far.

Experience  points will only be award at the end of an adventurer or a playing session.  Points would not longer be awarded for kills, skills or other rolls in the game. I am also hoping that this change would encourage development of characters that is not centered around the quickest advancement to the next stage.  While that is not often a problem, over the years some player seem to have more of a video gaming attitude that the game is often about "leveling."  While character advancement is important, the game is really not about that.

STREAMLINING THE SKILLS
One of the unique things about Dragonquest was various skills that characters developed. It was one of the things that set it in contrast to D & D and the classes that one had to take. One of the frustrating issues with the skills was weapons. A character had to get rank in each weapon they planned on using.  So even with weapons that were very similar, one had to get rank in that weapons in order to use it with any proficiency.  Classifying the weapons has been one of the issues I hope to resolve for Blood Moon and further editions of Dragonquest.

ELIMINATION OF MAGIC COLLEGES
One of the things I want to test with Blood Moon is the elimination of Magic Colleges into larger grouping of spells. Right now I am thinking of 5 magical specialist. The 5 specialist would be Thaumaturgist, Psionicist, Elementalist, Necromancer and Diabolist. Characters are still limited in the number of spells they can learn as determined by their magical aptitude. I am not certain what I want to do with the College of Naming Incantations. As a College in the base game it has the potential to be the most powerful or the lamest college depending on its placement in a campaign. I may add it if I end up playing with Blood Moon enough.

NEITHER OSR OR d20
While Dragonquest caught the tail end of the Golden age of RPG's, most of my additions to the game came during the late 80's from the 2nd Edition of the AD & D. What really changed the game for me was the advent of AD & D 3.X.  I have borrowed from many of the volumes of books that came out in support of that incarnation of the D & D. I often find myself stuck between the simplicity of the OSR games and the more detailed mechanics of the 3.X system. I doubt I will ever resolve that tug, but it doesn't concern me too much. The bottom line for any game and group is the enjoyment of the game. Wasting words or brain wattage on "better systems" and "role playing vs roll playing" isn't worth my time much anymore. Perhaps its the old fart taking over my soul, but arguing about hobbies like I would when I was younger doesn't interest me.
Padre
Posted by Padre at 9:11 PM No comments: 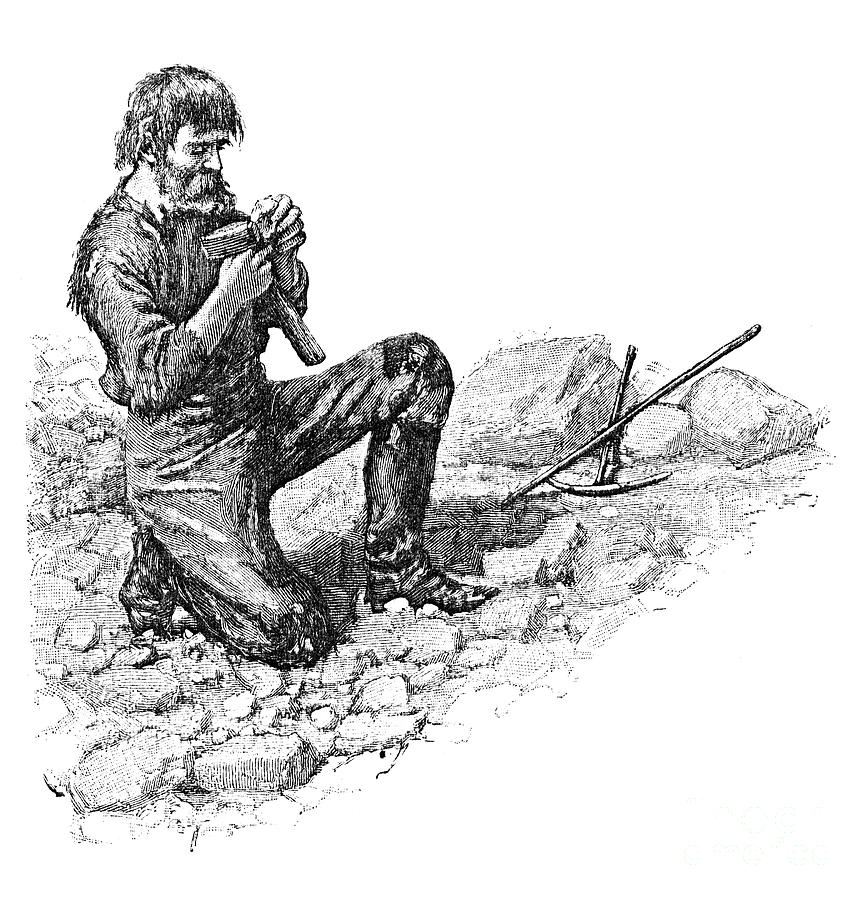 As you may or may not know, Dragonquest characters do not fit into a class. One is not a fighter, thief or cleric. You build your character into the various skills or professions you desire.  One could be a ranger and an assassin in Dragonquest if they wanted to choose those skills.

As I work on the Blood Moon setting one of the skills that will need creating is prospector. The new elemental industry is fueled by those who venture out to discover elemental claims. Does anyone know of  prospector skill that I might adapt for Dragonquest?

Faces of good and evil

Hard to find words that convey the type of evil this person embraced. I hope we have more good neighbors like Charles.

Here is a good video if you have a few minutes to spare.

Too funny!
Posted by Padre at 5:48 PM No comments:

Email ThisBlogThis!Share to TwitterShare to FacebookShare to Pinterest
Labels: humor 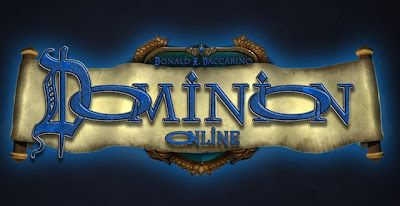 I mentioned this game back in the days of Grievous Injury (the old blog) as my favorite game.  Last year it came on-line in an excellent format and for free. The site includes a tutorial, After playing through a few tutorials you can either play through a series of missions that tell a story line slapped on top of the game mechanics or play the regular game against on-line opponents. If by chance anyone is ever interested in playing a game on-line I am up for it if available. My schedule is incredibly inconsistent, some days are swamped with pastoral demands and other days have a move even pace.  Evenings work out best for my main playing time.

Here is the link for your exploration of an awesome game: http://play.goko.com/Dominion/gameClient.html
Posted by Padre at 7:42 AM No comments:

Email ThisBlogThis!Share to TwitterShare to FacebookShare to Pinterest
Labels: Board Games, Dominion 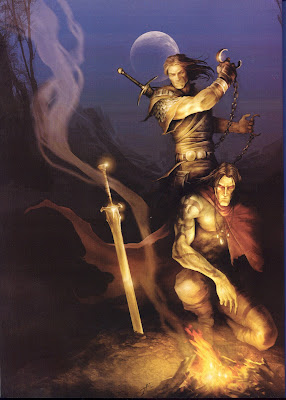 Was looking through files on my computer and came across this great piece of art. No one ever took the profession of Justicar in Dragonquest, but I always liked the idea.
Posted by Padre at 11:02 AM No comments: 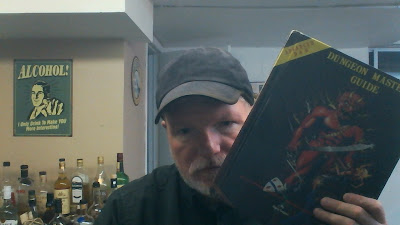 There is really only one girl in my fantasy gaming life and that is Dragonquest. In all of her clunkiness I love my old girl and will never abandon her. HOWEVER, thanks to Tenkar and his constant mentioning of various kickstarters I have bitten the hook and set my sights on Adventures Dark and Deep.  I downloaded the player manual and was amazed at how much it felt like the the DM Guide from AD & D. The look, the reading and feel of the book made my think back on the original guide. I don't think there was ever a more bizarre book that I read.
While the book made sense as a whole, it was an amazing hodgepodge of random  gaming goodness. With more logic and discernment the Player Manual to Adventures Dark & Dangerous is one of the heirs apparent, I could not help but think of the classic DM Guide when looking over the pdf.
Posted by Padre at 10:26 PM 1 comment: